Male Escorts Melbourne set up an interview with former independent male escort Steve aka Arro. On Wednesday 16th October 2013 we sat Steve in front of the cameras and got Jasmin Lill from Quest News Paper group to ask the questions everybody wants the answers to.

AFTER six months as a male escort in Brisbane, Steve knows what women want.

“Women want to have a good time. They want fun, conversation and to have a laugh,” he said.

“Be a gentleman. It’s always nice to pull a chair out for somebody.”

Steve advertises his services on the Brisbane Male Escorts website where he charges about $250 an hour.

Steve has been paid as much as $1500 for an eight-hour date, and while the women range in age from their 30s to a millionairess old enough to be his mum, there are many reasons women pay him for his time.

“Some people look for an escort because they don’t have time to find a relationship, or have been in a long-term relationship and are free from it and want a fun night out,” he said.

“A lot of people have got very little confidence in themselves.”

Sex is not part of the service with Steve, whose only physical contact with clients is a handshake and a kiss on the cheek when they first meet.

“It’s always first date rules – there’s no holding hands or kissing, no arms around each other. I’m paid for conversation,” he said.

“It is work but it’s not really work. They pay for all the drinks, the food, and you’re trying to get to know them. Ultimately, you want to have a friendship at the end.

“I’ve always asked for feedback to find out exactly what people thought. They say I’m a gentleman, I’m very easy going, easy to talk to, charismatic. I’m a good listener.”

Steve, who’s also known as Arro, started escorting last year while on holiday back home in the UK to raise cash to return to Australia.

“I was at a friend’s house and we were drinking and she got an email with a link to a website and we were looking through it. My friend suggested I try it so I did,” he said.

Eight women paid him to take them to Christmas parties in 23 days, with the cash funding not only his return trip to Australia, but a Thai holiday and some savings to boot.

Steve has been paid to take women to birthday parties, dinners and the odd function in Brisbane, and often says he’s a friend or a first date.

Of all his Brisbane encounters, there was only one he wouldn’t be keen to see again.

“She became a stalker. She sent me 50 messages over Facebook, email and text. I felt compelled to reply to them for a while then it just got too much. Other than that, everybody I’ve met has been really nice.”

Watch the video find out what Steve believes makes a successful escorting experience, 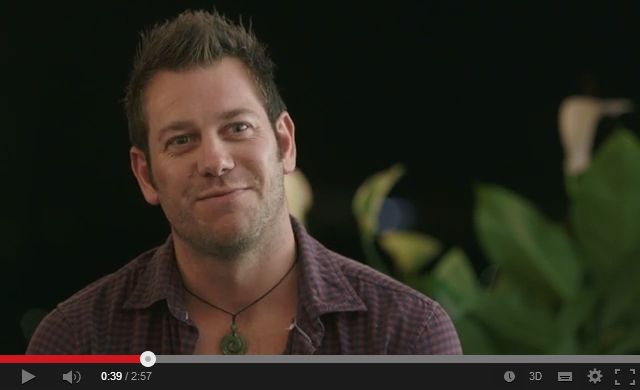